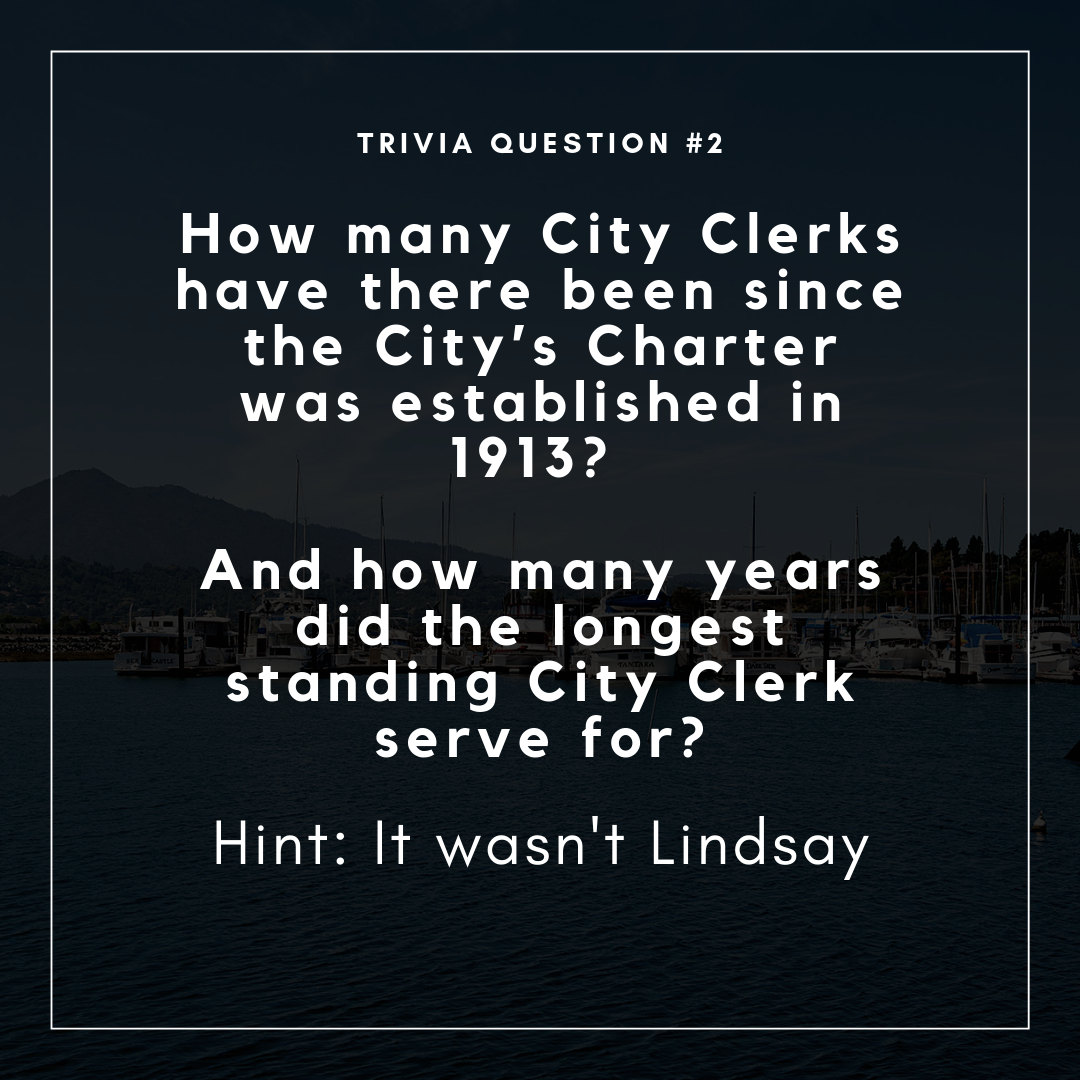 Nowadays, we contract with the County of Marin Elections Office to provide election services such as coordinating precincts, printing and counting ballots, etc., but long ago, and in many cities today, that was the responsibility of the City Clerk’s Office. With over 31,000 registered voters, you can imagine what it would be like for our office of two to print, sort through, and count ballots. As the Elections Official, the City Clerk is responsible for calling for the election, preparing candidates for their journey into election season, making sure all deadlines are met to remain in compliance with our charter and the California Elections Code, declaring canvass of votes cast and the results of the election, and swearing-in new elected officials to their seats.

While most of you thought yesterday’s question was impossible, there were two people who dug extra deep for the correct answer:

“In 1874, the Town Clerk was Ebenezer Leoncini who held the position of Town Clerk and was also the town school teacher and justice of the peace. On weekends, he worked at the giant dairy farm where City Hall now stands. It was said he used to mix in beet juice into his inkwell so that he could write in red ink.”

On April 9, 1874, 145 years ago, the President and Board of Trustees of the Town of San Rafael gathered to determine term limits, which were selected by drawing lots. Following their decision, they deliberated on the appointment of Hepburn Wilkins.

Congratulations to Christine and Margaret! Make sure you all respond to the next trivia question to be eligible for a prize on Friday!

In the theme of elections, here is your second trivia question: 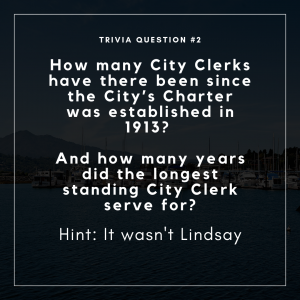 How many City Clerks have there been since the City’s Charter was established in 1913 AND how many years did the longest standing City Clerk serve for?