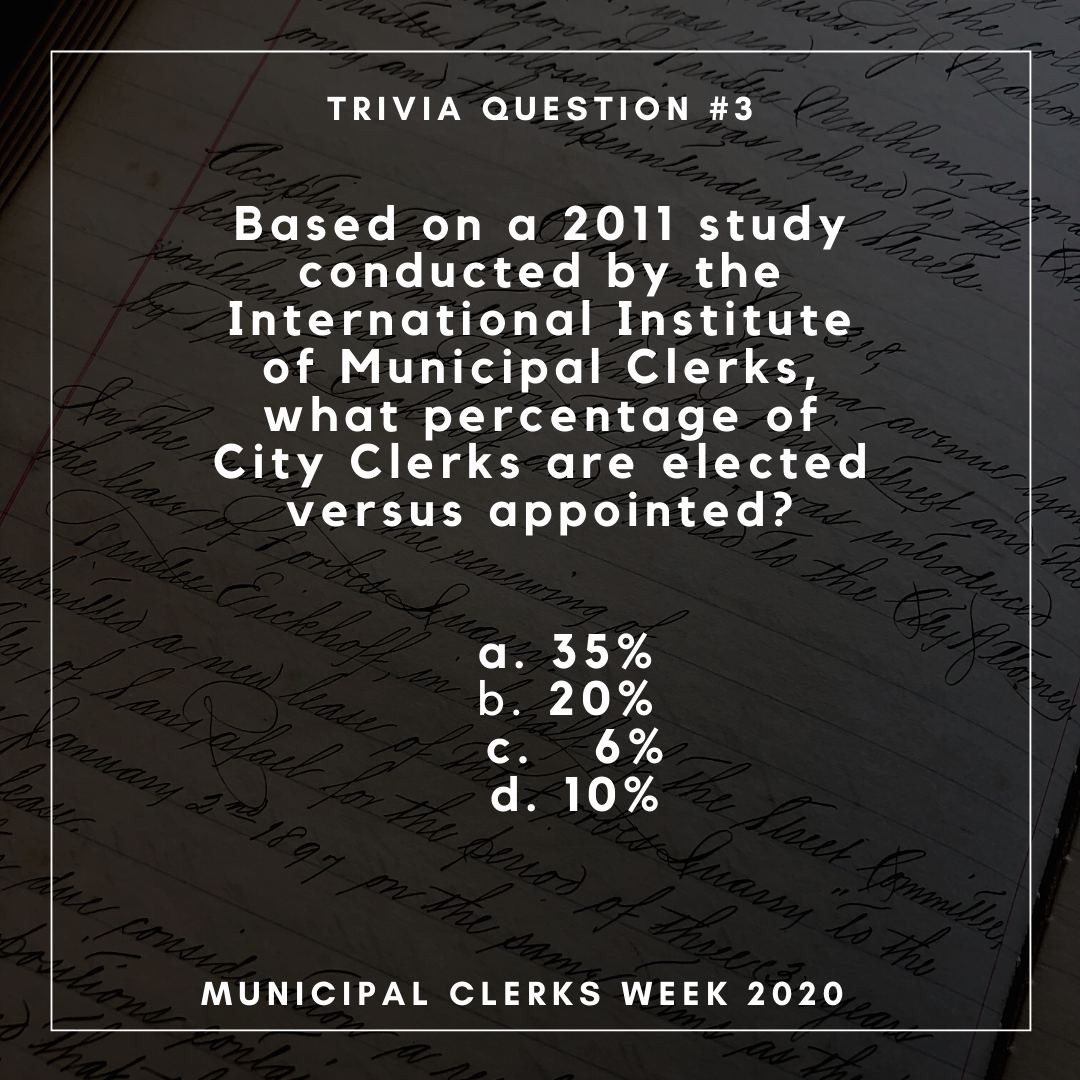 Did you know the City Clerk is the Elections Official? What that means is we assist candidates in meeting their legal responsibilities before, during and after an election. From election pre-planning to certification of the election results and filing final campaign disclosure statements, the City Clerk manages the process which forms the foundation of our democratic system of government.

Yesterday’s Question:
Why do certain employees have to file Form 700 Conflict of Interest Statements?

Most Creative Answer Award
Shawn Plate
Elected officials have to file Form 700 to inform the public of their personal financial interests as it may affect certain decisions they are charged with making.  For instance, an official with a large stake in Acme Corp. may seek to sponsor pro-roadrunner legislation to boost sales of rocket-powered roller skates.

Correct Answer:
In 1974, during the fallout from Watergate, political reformers presented a statewide ballot initiative, Proposition 9, in an effort to “put an end to corruption in politics.” The initiative called for the creation of the Fair Political Practices Commission and had six main provisions, such as imposing restrictions on lobbyists, banning anonymous contributions of $100 or more to political campaigns, and imposed strict conflict of interest laws and required state and local agencies to establish conflict of interest codes, requiring agency officials who routinely participate in decisions to publicly disclose personal financial information.

So next year when we start email-nagging you to file your Form 700, just know that we are doing it to ensure that government officials and employees are making decisions in the best interest of the public and not to enhance their personal finances, and as a reminder to the public official/employee of potential conflicts of interest so they can abstain from making or participating in governmental decisions that are deemed conflicts of interest.

22 of you responded and all of you were correct! Our hearts were warmed yesterday while receiving your knowledgeable responses! All who responded have had their name added to the raffle 😊

Make sure you all respond to the next trivia question to be eligible for a prize on Friday!

In the theme of the Elections, here is your third trivia question:

Based on a 2011 study conducted by the International Institute of Municipal Clerks, what percentage of City Clerks are elected versus appointed?
a. 35%
b. 20%
c. 6%
d. 10%

All of those who submit an answer will have their names included in a drawing for a prize!