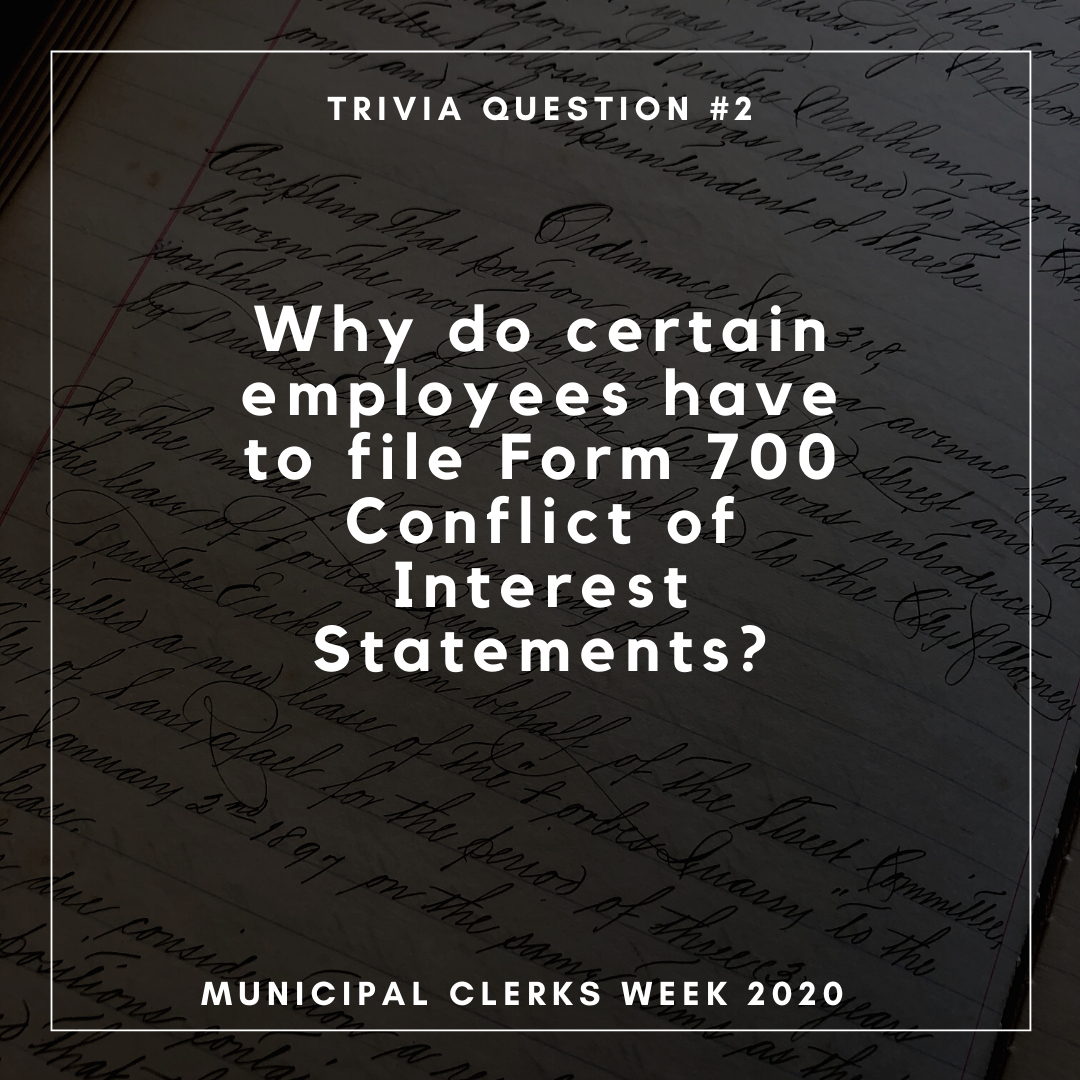 The City Clerk: Your Filing Officer
Did you know that City Clerks are Political Reform Act filing officers? The Political Reform Act’s mission is to serve as the legal bedrock of governmental ethics in California and City Clerks play an important role in helping to ensure provisions of the Political Reform Act are effectively and efficiently administered. To achieve this goal, we are required to perform specified duties under the Act, including providing public access to disclosure statements, following up on those who fail to file, and reviewing filed statements for errors and omissions.

Yesterday’s Trivia Results:
Maybe yesterday’s question was a walk in the park because 42 people answered this question correctly!

Correct Answer:
C. Municipal Clerk
That’s right. While a few of you thought it was the Police Chief, including the Chief, the Office of Clerk can be traced back to the year 1272 A.D. in the history of the Corporation of Old London. In the 1500s in England there was not only the “Towne Clarke” but also the “Clerc Comptroller of the King’s Honorable Household.” In 1603, there was a “Clarke General of the Armie.” King Henry the Eighth had a “Clarke of the Spicery” and King Charles had his “Clerk of the Robes.” – – -Gotcha’ Chief! 🤣

Congratulations to everyone who answered C! Make sure you all respond to the next trivia question to be eligible for a prize on Friday!

In the theme of the Political Reform Act, here is your second trivia question:

Why do certain employees have to file Form 700 Conflict of Interest Statements?

All of those who submit an answer will have their names included in a drawing for a prize!