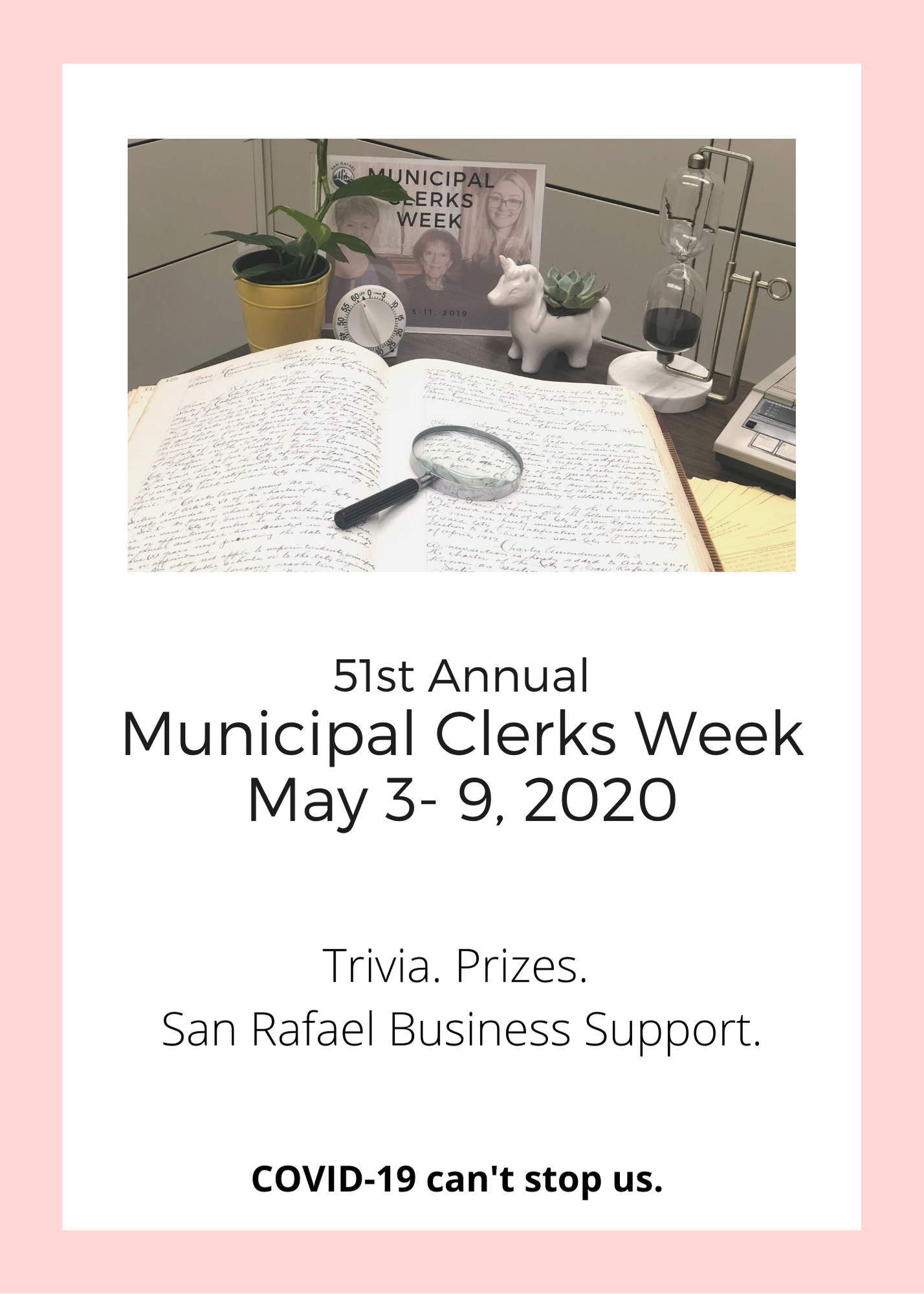 Hey everyone, it’s that time of year again. May 3-9, 2020 is Municipal Clerks Week and we are going to celebrate its 51st anniversary!

And that’s not all: The International Institute of Municipal Clerks  initiated ‘Professional Municipal Clerks Week’  and it was endorsed by all its members throughout the United States, Canada and 15 other countries. Since that is so awesome, we will be using this week as a time of celebration and reflection on the importance of the Clerk’s office.

How are we celebrating you ask? We are celebrating by sending out a daily dose of fun facts, trivia questions, and giving participants the opportunity to win prizes from businesses in San Rafael!

We will start with a sneak peek into our fun facts:
Fun Fact #1: 102 years ago, the San Rafael City Council approved Ordinance 46 which provided for the wearing of masks or covering for the nose and mouth by certain persons during the prevalence of the epidemic of the so-called Spanish influenza and prescribing the penalty for violation. Those in violation were to be deemed guilty of a misdemeanor, and were to be punished by a fine of not less than $5 or more than $100, or by imprisonment in the city jail for a period not exceeding 10 days, or by both such fine and imprisonment.